Since ancient times, precious stones have been endowed with special meanings.

They symbolized various aspects of life, embodied beliefs, marked the owner’s occupation, and were even said to possess magical power. Before choosing a stone, let’s look back at its mythological meanings!

Diamond is the only gem that consists of one element – carbon. Carbon’s molecules make the hardest natural substance on the Earth. Due to the Diamond’s physical features, it has symbolized strength, power, longevity and even good fortune.

Diamond has always been considered the gemstone of winners. For example, the Arabs believed that the winner of the two warring parties would own a larger Diamond. Moreover, Napoleon also believed in this superstition and always carried a huge Diamond with him. This gem was also the talisman of Julius Caesar and Louis IV.

In Sanskrit, Ruby means “the king of precious stones”. Early cultures believed that this gem held the power of life – due to its bloody red shade. Ruby is mentioned four times in the Bible as a symbol of wisdom and beauty. Among European royalty, Ruby was considered a stone that guaranteed wealth, wisdom, and success in love. It was believed to bring good luck to the conquerors of hearts and protect them from unrequited love.

The legend has it that Emerald was one of the stones given to King Solomon by God. Emerald was believed to reveal the truth, protect from evil spells and even help to predict the future (if you put it under your tongue, of course).

Numerous legends attribute Emerald to the goddess of love, Venus. If lovers exchange rings with an Emerald, their love won’t weaken with years, but will only grow stronger.

The ancients considered Sapphire a symbol of justice. The seal of King Solomon, made of a star Sapphire, gave him the right to judge people.

Monks appreciated Sapphires for enhancing peace and concentration, as well as for their help to soothe carnal passion. Buddhists believe that this stone fulfills the wishes expressed in a prayer.

Sapphire encourages noble deeds, repels enemies, protects from envy, anger and fear. It also enhances self-control and endurance, strengthens willpower, brings peace of mind and helps to move towards the intended goal, overcoming all the difficulties and hurdles.

Aquamarine is a gemstone of water, that’s why since ancient times it was considered a talisman of sailors. It protects those who cannot swim and are afraid of water. Moreover, just like seawater, aquamarine calms and soothes anxiety.

The ancients believed that the color of Aquamarine can determine the weather and the mood of its owner: it is delicately blue in sunny weather, as well as when its owner is feeling calm and peaceful. If the weather is cloudy, and the owner is in a bad mood, the crystal turns greenish-blue, and when one is sad and melancholic, it becomes even cloudy. Also, our ancestors noticed that before the storm, the aquamarine ring would become heavy and even tight on the finger.

The French have long considered Aquamarine the key to a happy marriage. Lovers, forced to part for a while, exchanged jewelry with this gem – and the separation seemed less difficult to them.

Topaz was believed to protect its owner against disease as well as enhance cognitive work and dissolve sadness. In the Middle Ages, Topaz was said to become invisible in poisoned water, and even be able to cool boiling water.

As a talisman, it helps in negotiating and signing deals, as it allows its owner to understand the intentions of a business partner and make the right decision. This stone boosts leadership skills and helps to influence people.

Legends say that once, a Roman engraver engraved Plato’s portrait on a Garnet, and Noah used this gem to illuminate the ark. Garnet was also another stone given to King Solomon by God.

People believe that Garnets have the power to shield their wearers from any harm. For example, native American healers believed that garnets had protective powers against injuries and poisonings. Saxon and Celtic kings favored garnet inlaid jewelry as well.

​​Since ancient times, Tourmalines have been used as talismans and amulets. For example, it is believed that red tourmaline helps to preserve love. Lilac tourmaline relieves emotional breakdowns. Blue tourmaline brings peace and tranquility and promotes education and gaining wisdom. Multicolored tourmalines are the happiest gems that simultaneously bring good luck, creativity and increase libido; they make life easier, brighter and more joyful.

Since Morganite was discovered relatively recently, people of the 20th century didn’t endow it with magical properties or use it in any special rituals. However, it’s believed that morganite may soothe emotions and help in overcoming anxiety, anger and resentment. 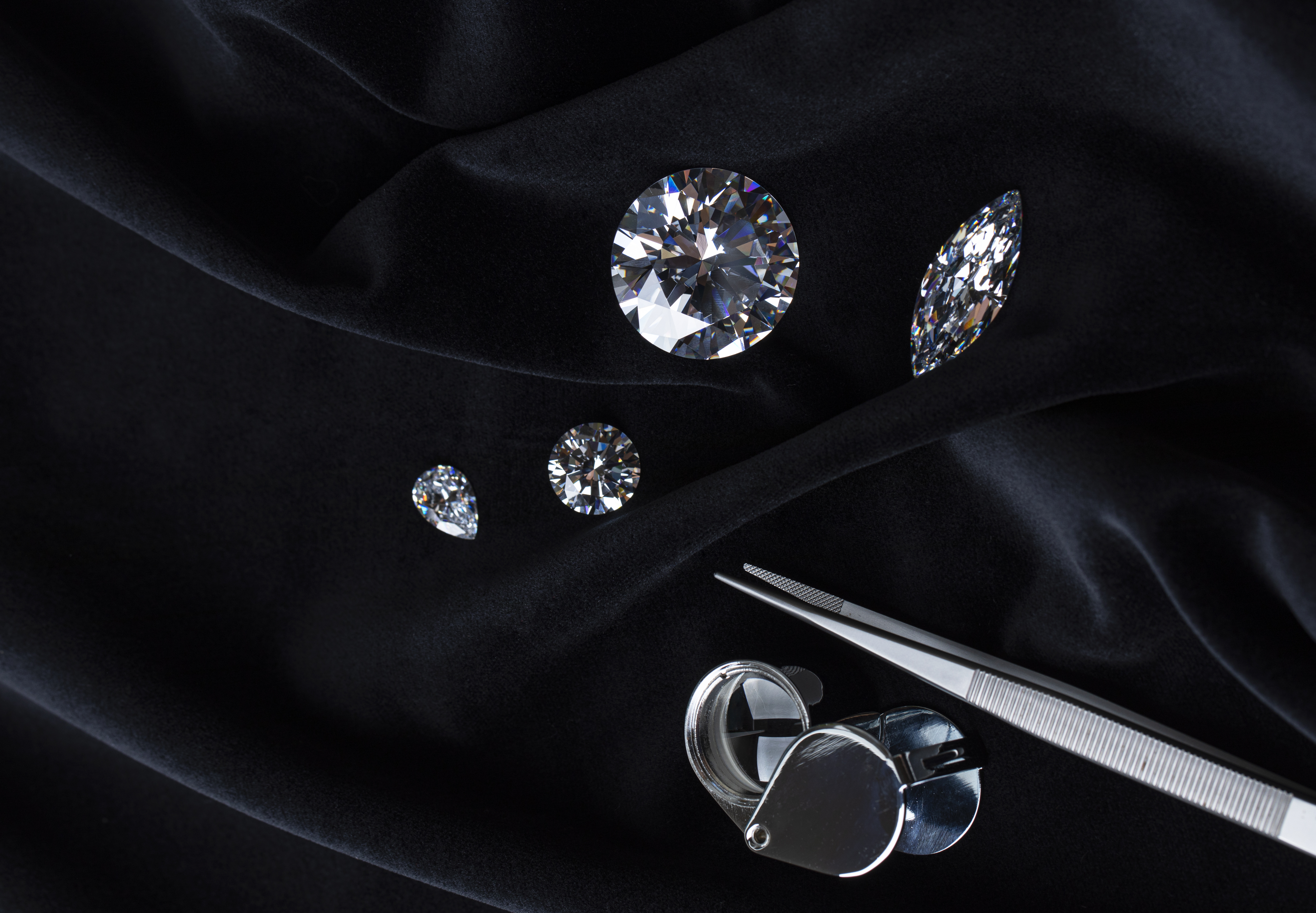 Why to choose gem dealers?

Here's an interesting trend: gem dealers are at the peak of their popularity. More and more customers prefer buying gems and diamonds directly from...

The more carats, the better. It’s not a secret, that carat weight refers to the mass of diamonds or other gemstones. More specifically, a...

Diamonds are unique, cherished and exquisite gemstones. However, there are plenty of alternatives of mined diamonds. Sometimes even gemologists can't distinguish a diamond look-alike...

Until the middle of the twentieth century, there was no standard by which diamonds could be judged. GIA created the first globally accepted standard... 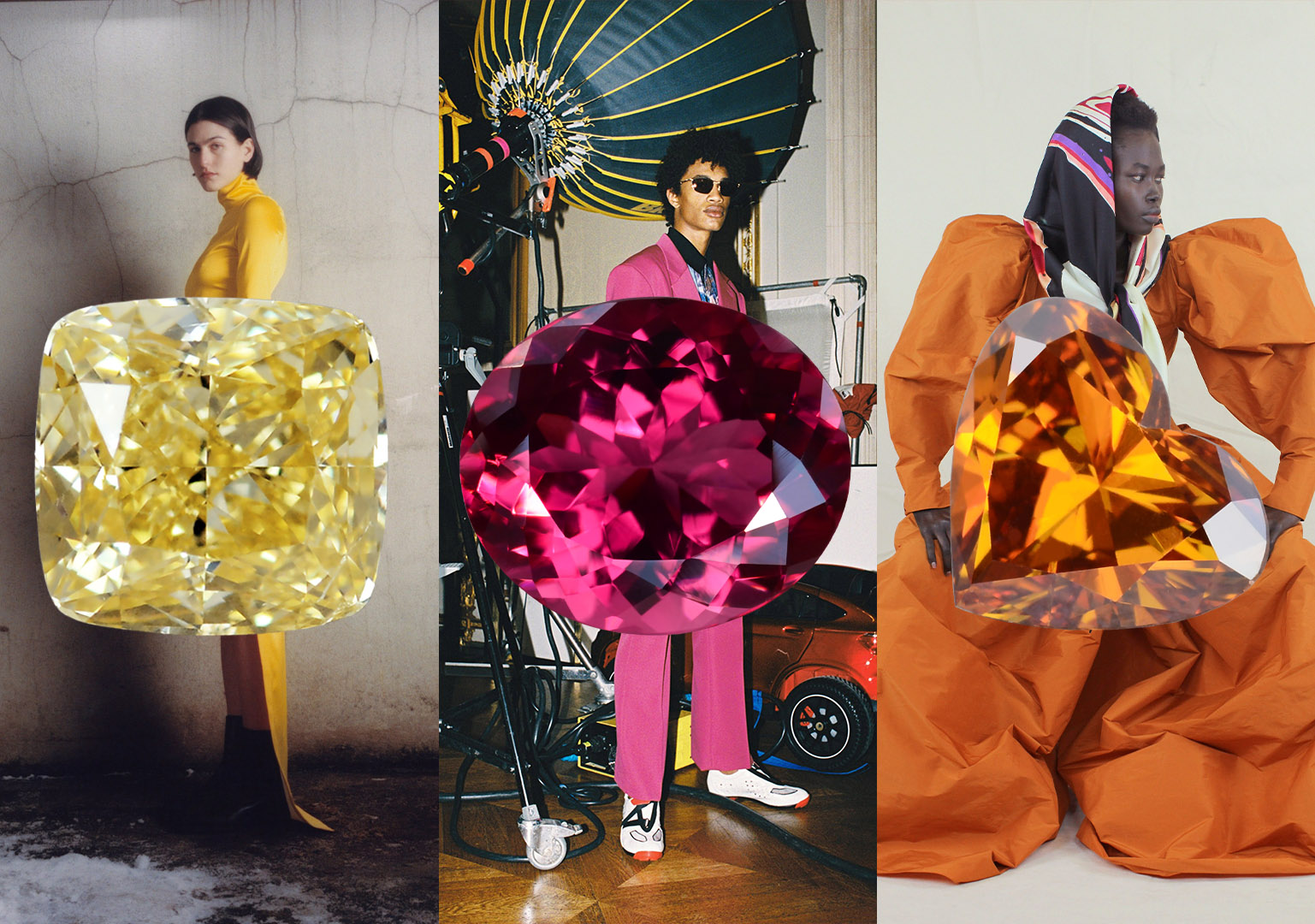