A gorgeous fearless woman with bold ideas, who conquered the whole world with her design. If this is not the beautiful face of feminism, then what is it?

A conversation about the history of jewelry design is impossible without mentioning Elsa Peretti.

The free-spirited design icon was born in Florence in 1940. Since her father headed the large oil company called Anonima Petroli Italiana, her upbringing was divided between schooling in Rome and Switzerland (as well as skiing with the Italian aristocracy in Gstaad).

At the age of 21 Elsa wrote a letter to her father declaring her independence: “I decide to live a life”. So her father cut her off and he gave her all the freedom. She had to teach Italian and skiing at her former school. She also studied interior design in Rome and worked with an architect in Milan before moving to Spain in 1964.

There, she instantly attracted the attention of the Catalan avant-garde elites and soon became part of Salvador Dalí’s entourage. It was precisely him who introduced her to Surrealism which then became the key motive in her jewelry designs.

In 1968 her modelling career took her to New York, where she became one of the most successful models. However, a fashion career was not enough for Elsa Peretti as she was dreaming about design. That’s why in 1970th she decided to change her life, which would eventually lead to becoming one of the most successful and bold jewelry designers renowned for clean and minimalistic designs.

She became close to a tight-knit circle of artists and stars Andy Warhol, Bianca Jagger, Bob Colacello and Liza Minnelli among them. Moreover, she was very passionate about modern art: Surrealism, Abstraction and Minimalism influenced her later designs. She was also experimenting with gold, jade and lacquer – materials from her travels to India and Japan.

In 1969 Elsa Peretti presented her first jewelry pieces. One of them was a silver vase on a string of leather hanging around the neck. It was a real  boom: all the fashionistas desperately wanted to get such a piece!

“I make jewelry for myself—real things with a thought,” Elsa Peretti stated.

In 1974 there was another leap in Peretti’s career: Halston (an outstanding fashion designer) introduced her to the CEO of Tiffany & Co., who was looking to expand the brand’s customer base. It took Elsa 15 minutes to get the job. One executive remembered that “Elsa sat there, silent and mysterious in her black cape, while Halston did all the talking.”

Yes, it was a combination of the right place, right time and the right idea. She suggested beautiful jewelry pieces at affordable prices, literally democratising the luxury market.

Elsa Peretii asked Tiffany & Co. to name her designs, the High Jewelry house agreed (today we still can see the logo “PERETTI” on her designs). Starting from the first collection, the crowds were lining up in front of stores to get Peretti’s jewelry pieces. “I never saw so many people before,” Andy Warhol once said, commenting on the queues.

What are Peretti’s most famous designs?

First of all, she created the ‘bone’ cuff, inspired by the bones from a 17th-century Capuchin church and resembling both femininity and bravery. Liza Minnelli and Sophia Loren were real fans of this piece. Elsa Peretii also created the bean pendant, the silver mesh scarf,  the iconic open heart necklace, which became Tiffany’s most popular piece, and the ‘diamonds by the yard’ necklace.

Taking inspiration from nature and mundane objects led to of Peretti’s designs becoming truly timeless. The fact that she did not want to make her jewels a symbol of status and offered unique designs at a good price only added to her fame.

By 1978 Peretti was Tiffany’s leading designer, and at some point her pieces were said to generate 10%  of the company’s yearly revenue. In 2012, she renegotiated her contract with Tiffany & Co. for another 20 years.

“For me to be a good designer is the simplest thing in the world. But to be a good human being, that is going to be hard,” Elsa Peretti said. It seems she succeeded in both. 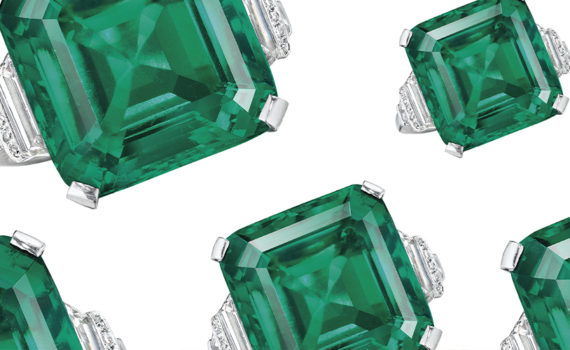